The fluid image editor provides an easy way to perform basic image editing operations like crop, resize and tag in the web page. It uses the HTML5 canvas element to achieve image editing and therefore requires a browser that supports HTML5. I worked on it as a part of Google Summer of Code program. It is implemented using HTML5 (especially the canvas element), Javascript, JQuery and the Fluid Infusion Framework. It would be shipped as a part of the Decapod project soon.

ELCA Informatique SA has its indigenous online ticketing solution called as Secutix2.0. It’s now being widely used in France, Spain and Switzerland for online daily secure ticketing for different kinds of events and performances happening all over Europe. In order to make Secutix2.0 a complete product, the desire for allowing clients to sell the tickets in an offline mode was also felt. The system to be developed would solve the problem of emergency offline sales for numbered tickets. Box Office (BO) is currently used for the sale of numbered tickets. But for its correct functioning, it has to maintain internet connectivity to interact with the central server in Lausanne. In case of a loss of internet connectivity, it wasn’t possible to sell tickets. The client therefore has to switch to manual sales which is time consuming and stressful. In addition to this, he would later need to add the information of manual sales to the system. EBO aims at answering these problems by allowing the clients to sell tickets even when they aren’t connected to the internet and then automatically synchronizes the seats back to the central server whenever the internet connectivity is up again. [Bachelor’s Thesis]

This project aimed at development of a tool to parse an English sentence according to a given set of rules. In addition to the implementation of the Earley algorithm, it also provides comprehensive set of rules using which we can parse the sentences. The set of rules is easily extendable and the user can add/modify the rules as per his requirements. This makes the tool suitable for porting it to other languages as well. Used Java and Netbeans.[github] [pdf]

The aim of the project was to get familiar with automata learning frameworks, LearnLib and Libalf. Developed an integration-layerthat allowed the use of algorithms from Libalf with Learnlib. I also created the generators for random automatons that possessed special properties of the real world systems. I also worked on the development of backend of RERS which is a competition framework for scientists to compete against other scientists on the basis of their algorithms. As a part of this, I also developed the REST–ful interface for the rest service to be used to communicate with the RERS server. Used Java and Netbeans.

Developed a software for the inpainting of the image. Inpainting referes to the art of recovering selected region from an image in avisually plausible way. This software used the best exemplar approach with a priority term and thus was able to reconstruct structural features as well as textures. Used Java and Netbeans.

We are also hosting it on Sourceforge here.
For demo and detailed description refer this.

Developed software that could recognize Devenagari characters from an image of Devanagari text. The software couldautomatically segment individual characters from the text and return the recognized output in UTF. Used Kohonen Neural Networks for recognition. Used Java and Netbeans.

I developed this project for Symbian Series60v5 smart phones using which a user could locate businesses in four major cities across India. I also prepared tutorials taking this application as the baseline for other developers to start developing for Symbian. Used Carbide C++, Symbian Series60v5 SDK

This project was a part of Inck, a teacher’s design of a teaching-learning system for programming. As a part of this project, I followed an organized software development process and developed a UI Framework Library using which other developers could generate code for Windows Applications. Used Visual Studio 2005, C++, Win32 Framework

This was a part of Indian Language Machine Translation (ILMT) project being carried out at IIIT Hyderabad in collaboration withTechnology Development for Indian Languages (TDIL) Group. I developed the transliteration module wherein the aim was totransliterate the text in one of seven Indian Languages (Hindi, Bengali, Punjabi, Tamil, Telugu, Kannada, and Malayalam) into another Indian language as chosen by the user. Used C and Perl.

Fall of the Caribbean

Built a 3 dimensional game wherein the user gets the control of a castle in the middle of an ocean and the aim is to destroy theships roaming around the castle by typing the words on the ships. Used C++ and OpenGL. 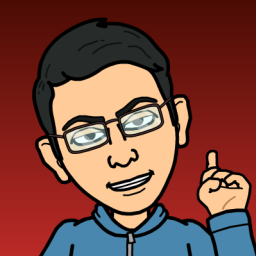